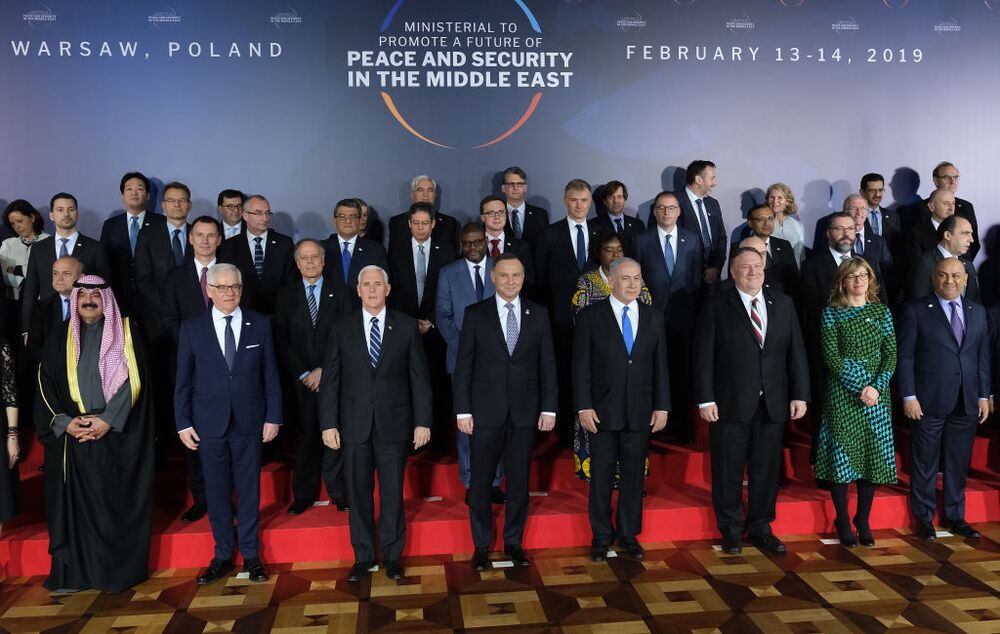 The Warsaw Summit, hosted by the Polish government and the US government, just ended last week. Some 60 Nations had gathered together to discuss current issues concerning the Middle East.

Neither France nor Germany sent their Foreign Ministers to the summit. Only the UK Foreign Minister was present. He did not address the Iranian situation, but rather Yemen, in order to put pressure on Saudi Arabia and the Arabic countries fighting against the Iranian-backed Houti rebels in Yemen. Germany sent Under Secretary of State Niels Annen who had just come from an official event in the Iranian embassy in Berlin celebrating 40 years of the Iranian Islamic Revolution under Khomeini.

Thus, we see the distance between America and Western Europe growing. We see an alignment and an alliance of common interest between Israel and the Arab countries forming. This is not a bond of mutual friendship, this is not a strategic endeavor. This is an alliance of one common interest and that is; a stand against Iran. At this particular time, the Warsaw summit was a reminder of the basic truth that international politics today has one dividing line; and that is the question: do you support Iran in its genocidal endeavor to fulfill the calls chanted on Iranian streets: “death to America, death to Israel!”? Or do you align with the Jewish state of Israel for a free, democratically governed world? This is the basic question. And Warsaw showed us where nations stand today.

We also need to consider that the conference was held directly before the Munich Security Conference – the most important international conference addressing issues of security, global governance and foreign policy. And that the US is just starting to roll out its “deal of the century” – a peace-plan for Israel and the Palestinians, which many Israelis fear will put pressure on Israel despite the bond of friendship between America and Israel and the US government’s pro-Israel stand under President Trump. We know that during the Warsaw summit, Jared Kushner spoke to allies and educated them on the economic aspects of the peace plan. This is also where the US is building momentum for the roll out of its Middle East peace plan, which is another thing that prayer groups worldwide should address. Let’s pray that God will help the upcoming peace initiative to play out in a way that will be beneficial to Israel and to real peace.